We would like to sincerely thank the following companies for their support.

Eletrotec+EM-Power South America focuses on technologies for electrical energy distribution as well as services and software solutions for energy management at grid, utility or building level.

Learn more about the winners of the Intersolar AWARD 2020

Learn more about the finalists

The growth of solar energy in Brazil has been quite impressive – during the past 6 years installed capacity went from insignificance to more than 10 GW, despite the occasional economic difficulties that tend to afflict the country. And even though Brazil offers nearly ideal conditions for utility-scale generation, the local PV market has been more of a DG (distributed generation) than a utility-scale market. Roughly 65% of installed solar capacity are DG projects.

The extraordinary development of solar DG in Brazil can be attributed to various factors, among them rapidly increasing energy prices, falling modules prices, and, crucially, a robust regulatory framework. Back in 2012 ANEEL, the federal regulatory agency for the Brazilian electricity sector decreed resolution 482 that allowed solar and other distributed sources of energy with a size of up to 1 MW(ac) to connect to the grid and inject surplus energy into the grid. At its essence, resolution 482 is a net-metering regulation, by which the user can use the energy grid as a ‘virtual battery’. I.e., 100% of surplus energy that has been injected into the grid is ‘compensated’ in the form of an energy credit to the user of the DG generation asset. Admittedly, not all users see a 100% energy credit on their electricity bill. But this is not due to compensation rules, but due to different interpretations of VAT-tax rules across Brazilian states.

It’s also worth noting that in comparison with other countries ANEEL has rather far-reaching authorities. In Germany, for example, the rules governing the use of solar energy, the so-called EEG, is a law that was passed by the Bundestag. In Brazil, resolution 482 is a decree issued by ANEEL. The agency has to submit its regulatory proposals to public consultation and follow general guidelines set by law. However, within those limits, it is free to set the specific rules of the game and does not have to submit its decrees to approval by the Brazilian Congress or the federal government.

Over the years resolution 482 underwent several reviews and changes, the most important of which took place in 2015. ANEEL resolution 687 increased the maximum size of DG projects from 1 MW to 5 MW. Additionally, it allowed several forms of ‘remote DG’, whereby generation and consumption no longer need to be located at the same spot. Users can generate energy at one grid-connection point and offset consumption at various other locations, provided that generation and consumption points are all located within the geographical area of the same electric distribution company. These regulatory changes, along with improving economics made DG take-off in Brazil. Grid connections went from 1.400 new projects in 2015 to 210.000 new projects installed during 2020. In 2021 191.000 new projects have already been connected, which means that the total number of new projects may be close to 300.000 by the end of the year.

ANEEL had always made clear that the rules of DG would be subject to review, depending on the evolution of the sector. And, probably, growth in the years following 2015 exceeded the agency’s expectations by a considerable margin. In 2018 ANEEL launched a public consultation (CP 10) to collect feedback from the electricity sector and society in general about the mechanisms and data for evaluating the benefits and the cost of DG to the electricity sector. Pretty soon it became clear that the so-called compensation rules, i.e., the amount of credit for surplus energy injected into the grid, would be at the center of the debate.

In Brazil, as in any other country, electricity tariffs are composed of the cost of energy, as well as transmission and distribution charges, and various types of surcharges. In Brazil, the cost of energy is comprised of net energy costs (also called ‘TE’) and energy surcharges, covering things such as subsidies for consumers in remote locations, subsidies for low-income users, funds for R&D projects, and others. Unbelievably, these energy surcharges also include approximately BRL 1 bn p.a. subsidies for the use of domestic coal for energy generation. But that’s a topic for another article.

Transmission and distribution charges (also called ‘TUSD’) are composed of the so-called ‘Fio A’, paying for high-voltage transmission, ‘Fio B’, which effectively pays distribution companies, another set of surcharges related to energy transport, and energy losses. On top of all of this Brazilian states charge VAT tax, which is called ICMS, and varies between 18% and 32%. Additionally, the federal government charges PIS/COFINS, which is a social contribution tax that is set around 5%. Initially, many market participants were led to believe that ANEEL would adopt an analytic approach trying to balance costs and benefits of GD. Furthermore, statements made by the agency during public hearings in early 2019 indicated that the new rules would be somewhere between maintaining the status-quo and charging an amount equivalent to ‘Fio B’, when compensating surplus energy.

In late 2019 ANNEL launched another public consultation (CP 25/2019) to present and collect feedback on a regulatory proposal it had been quietly preparing during that year. To the dismay of the Brazilian solar sector, ANEEL now presented several options and proposed a radically different approach (the so-called Alternative 5) – surplus energy would only be compensated with the amount equivalent to net energy costs, which in most cases represents less than 40% of total pre-tax energy cost. The remaining 60% would be retained to compensate for the usage of the grid. Conceptionally speaking, this would mean that an electron injected by a solar system into the grid would travel all the way back to a far-away power plant, using both the medium-voltage distribution and the high-voltage transmission network. It does not take a degree in electric engineering to understand that such a scenario is highly unlikely and that most surplus energy will be absorbed by consumers in the vicinity of a PV system. To make things even worse, these rules would not only be applied to new projects, but also to existing installations that were connected to the grid under the original rules of resolution 482.

CP 25/2019 provoked a heated debate among proponents and skeptics of solar energy. The DG sector created and adopted the slogan ‘don’t tax the sun’, whereas ABRADEE and other entities representing electricity distribution companies described solar DG as an ‘inverse Robin Hood’. In their view, users of DG, most of them being companies and medium to high-income individuals, were being subsidized by all consumers, including poor Brazilians.

Rather quickly the topic entered the realm of politics. The president declared himself to be in favor of solar, whereas the Ministry of Economy adopted a critical stance, arguing that resolution 482 included implicit subsidies worth billions of Reais. Eventually, several legislative proposals were elaborated by Congress, implying that the future of DG would not be decided by ANEEL, but by the Brazilian parliament. During 2020 discussions were going back and forth but were overshadowed by the COVID pandemic and its social and economic repercussions. At the same time, solar DG reached another record high – despite the pandemic, 2,6 GW of new installations were connected to the grid during 2020.

Discussions continued during the better part of 2021. Eventually, the different legislative proposals coalesced into one bill, the so-called PL (‘projeto de lei’) 5829, and after additional rounds of political haggling, and several last-minute adjustments, an overwhelming majority of Congressmen approved PL 5829 on August 18th, 2021. To become effective, the bill now has to be approved by the Senate. In case the Senate maintains all rules proposed by Congress, the bill is sent to the president for approval. He can either approve it as is, thus transforming the bill into law, or send it back to Congress for further review.

It is worth noting that since 2019 ABSOLAR, the Brazilian Solar Photovoltaic Association, has played an extremely important role in shaping both the public opinion and the understanding of lawmakers on solar DG and the benefits it generates for the electricity sector as a whole. Undoubtedly, the work of the association, including countless presentations, interviews, technical papers, in addition to a large number of face-to-face meetings in Brasília were crucial for advancing the topic in the Brazilian Congress.

PL 5829 offers a significantly better outcome for DG than ANEEL’s proposal, at the expense of being more complex than resolution 482. Let’s go through the changes step by step:

It is important to keep in mind that the rules mentioned above will only apply to on-site DG projects, and, additionally, small remote DG projects (<500 kW), and ‘true’ community solar projects (i.e., projects where the largest beneficiary received less than 25% of the total energy generated). For large remote DG-projects above 500 kW and community solar projects with one predominant beneficiary, the following rules will apply –

In addition to setting these new compensation rules, the PL 5829 also heralds several other important changes –

In synthesis, the PL5829 represents a real improvement for solar DG and distributed generation in general in Brazil. It also marks the beginning of a new chapter in Brazilian DG, paving the way for a much larger and more mature solar sector. But, as always, there are some low points or doubts that also need to be kept in mind –

One thing is for sure, though – the 12-month transition period towards the new compensation rules is great news, not only for solar DG but for the electricity sector as a whole. Right now, Brazil is facing one of its worst draughts and the risk of energy rationing has gone from ‘unlikely’ a couple of months ago to ‘possibly unavoidable’. In this context, every MWh produced by DG will make a difference and will help to slow down the depletion of Brazilian hydropower reservoirs. 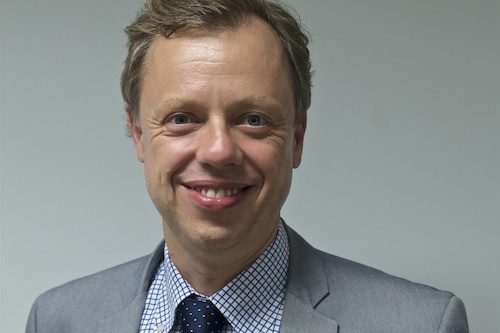 ©Markus Vlasits, director of NewCharge
Markus is the managing director of NewCharge Energy, an engineering and project development company, focused on energy storage and PV energy and headquartered in Florianópolis. Markus has a long history in the photovoltaic sector - he was vice president of Q-Cells in Germany, executive director of Yingli Green Energy of Brazil and co-founder and commercial director of Faro Energy, an investment company focused on photovoltaic projects for commercial and industrial clients. He also coordinates the energy storage working group at ABSOLAR, Brazil's leading solar association. He is Austrian and has lived in Brazil since 2012. 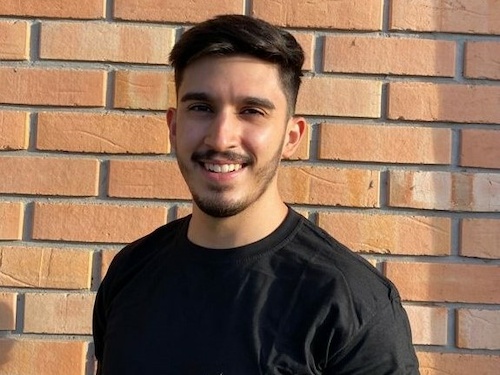 © Guilherme Nizoli, electrical engineer at NewCharge
Guilherme Nizoli is Electrical Engineer at Newcharge, where he supports engineering solutions, business modeling and strategical consulting, focused on storage. He has previous regulatory experience on the Brazilian electricity sector, having contributed in many regulation improvement processes on storage, utility-scale and distributed generation. He has also participated in the discussion about the distributed generation legal framework, that it is under analysis at the senate.

In response to the continued high number of persons infected with the coronavirus (COVID-19) in Brazil and worldwide and the associated restrictions, the organizers of The smarter E South America – Solar Promotion International GmbH (SPI), Freiburg Management and Marketing International GmbH (FMMI) and Aranda Eventos & Congressos Ltda. (ARANDA) – have decided to postpone the event, which had originally been set to take place from August 24–26, 2021.

Read more about the The smarter E AWARD finalists 2021

Learn more about the winners of the ees AWARD 2020